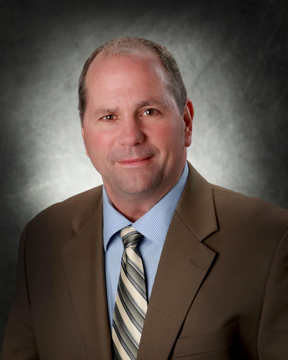 “A Storied Career – From the Mat to the Coaches Chair”
Dave Riggs brings a portfolio of wrestling accomplishments to the 13th annual Ironman Legacy Award that most hedge fund managers would love to invest in. Those accomplishments are chronicled on the opposite page.

There are very few wrestling coaches who are more synonymous with the word “Legacy” than Dave Riggs. To include his name in this prestigious group is fitting.
Riggs said: “I am extremely honored and humbled to be considered for this award. I accept it with love and respect for the Walsh Jesuit Ironman Tournament.”
Long time Walsh Jesuit and Hall of Fame Coach Bill Barger said, “Riggs is the ultimate ambassador for high school wrestling. He has set the standard for decades and will be the benchmark for years to come. Riggs is one of a kind”.

On The Mat
Dave Riggs holds the distinction of becoming Coventry High School’s first state champion in 1973 at 105 pounds and finished as runner-up in 1974. Riggs had an individual record of 63-4 in high school and received a scholarship to the University of Arizona where he was a four year wrestler and team captain. Dave was a PAC-10 Conference runner up and competed in the Olympic trials in 1980.

From the Coaches Corner
Riggs coaching experience began as a Grad Assistant at the University of Arizona and progressed to several high schools before being named head coach at Massillon Perry in 1986 until his retirement after the 2015 season. Although he coached state champion wrestlers at both Medina Highland and Ontario, Riggs greatest legacy occurred while at Massillon Perry where he coached 28 state champions and 48 state finalists. Three of his wrestlers went on to capture NCAA championships: Thomas Straughn (Division III) Notre Dame College, Dustin Schlatter (Division I) Minnesota and Steve Luke (Division I) Michigan. Schlatter was also a two time (2001 and 2004) Ironman champion and named Ironman Outstanding Wrestler in 2004. Luke was a four time Ironman placer and 160 pound champion in 2003.

When asked to summarize his Ironman experience Riggs said, “The Ironman tournament is an extremely competitive tournament with a lot of highs and lows throughout a two day period. This tournament has all the necessary ingredients that will permit an individual coach to be the “best possible coach” and at the same time, it can also humble the best coaches in the country. We are very grateful for this level of competition, because it magnifies the slightest imperfections in our wrestlers which benefits in the preparation of our coaching staff and wrestlers for the Ohio State High School Wrestling Championships.”

Stephen Luke, who was an Ironman Champion, OHSAA state champion and NCASA Champion wrestled for Coacvh Riggs at Massillon Perry fondly reclass his Ironman days. “It has always amazed me of the level of competition at the Ironman and it is evident when wrestlers fail to place at the Ironman but go on later that year and win a state championship. I appreciated the competition of the Ironman even more when I competed at the University of Michigan. The same individuals that I would warm-up next to and compete against in high school at the Ironman were the same individuals I would see in college at the Big Ten Championships and NCAA Championships. While many of the best coaches in the country attended the Ironman I was honored to have the best in my corner in Coach Riggs. Coach Riggs mentored me from grade school all the way through college and without his leadership, support, and commitment year-round, I would not have had half the success in my wrestling career.”