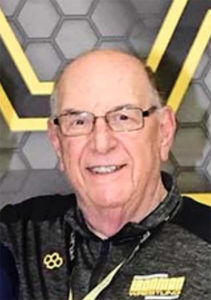 The “John Mascio Ultimate Warrior Award” is a new, unique award that will be presented to the unseeded wrestler who places highest in the tournament among all weight classes. It is an entirely objective award and recognizes an outstanding effort by a wrestler who doesn’t stand at the top of a podium. If necessary, the following tiebreakers will be used to determine the winner:

This award is named in honor of John Mascio, shown here, who was one of the initial founders of the IRONMAN tournament.

John served as Bill Barger’s right hand man from the inception of the IRONMAN and still remains very involved to this day. This award emulates John in his dedication and tireless devotion to the IRONMAN’s success. The wrestler who wins this award has worked against the odds to find success in one of the toughest tournaments in the country.